Boris Tselniker was born in 1952 in Kishinev (Moldova) in a family of doctors.

After graduating from high school, he studied at the Faculty of Hydraulic Power at the Kishinev Agricultural Institute, where he received a diploma of a hydraulic engineer. Later he joined the army where he served in the artillery troops.

After his release from the army, Tselnicker studied topography and worked in the field.  He took part in numerous geological and geophysical expeditions in Moldova and in the Far East, Kamchatka, Sakhalin, Kuril Islands, Primorsky and Khabarovsky Region, etc.

He created his first sculptures in 1981 in ceramics from different bones brought from the Far East such as the tooth of a sperm whale, walrus and mammoth ivory, deer horn and ornamental stone.

Many bone miniatures were purchased by the Moldavian Museum of History of Religions (now Moldavian History Museum), the Ministry of Culture of the Soviet Union, private galleries such as "Mars" (Moscow), as well as by various private collectors.

Tselnicker also created jewelries made ​​of bone and stone for Art Salon.

In 1983-1987 he studied History of Arts at Ural Ekaterinburg University. His diploma work was devoted to the peculiarities of the Moldavian roadside and tombstone crucifix folk sculpture.

In 1990 Tselnicker moved with his family to Israel, where he joined the Union of Israeli Artists.  He participated in many group and solo art exhibitions in Israel, UK, USA and Russia.

In 1992, Tselnicker was awarded a diploma for first place at the Montana Miniature Art Exhibition in the United States for the composition of the tubular bones "Rolling Through Life"".

In Israel, the artist has created hundreds of works in many materials, such as silver, bronze and various valuable woods, Japanese paper, and iron. Apart from miniatures, he performs easel sculptures in wood and iron for interior and exterior wall decorations.

His numerous multi-figure compositions in bronze, silver, bone and other works of art are all share similar features which characterize the Judaic style in art.

At the beginning of the 90s Tselnicker took on graphics, and created book illustrations for two poetic collections.

In 1993, he studied at the Bezalel Academy of Fine Arts for designers in Jerusalem.

In 2011, the artist accepted an offer from the Russian Ethnographic Museum from St. Petersburg to hold a personal exhibition of his works in silver, bronze and jewelry from old coins in one of the halls of the museum, which was titled:  "Passover evening meal in St. Petersburg". 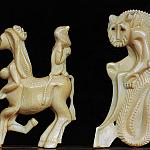 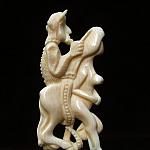 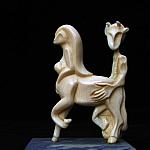 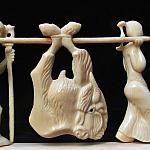 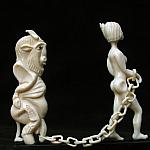 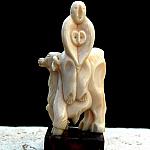 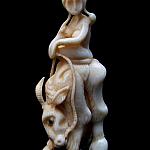 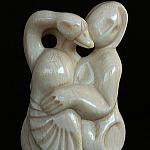 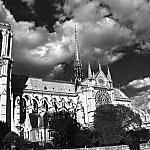 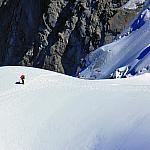 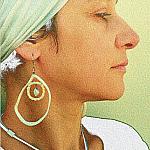 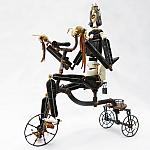 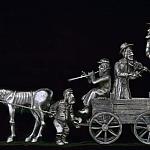